How Variances Affect the Mindset 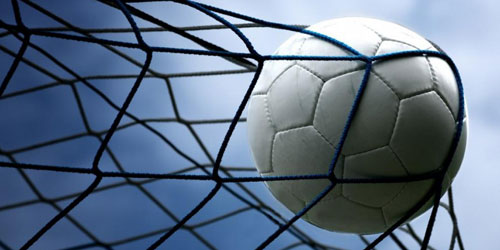 As real Traders know, we can never win all the time. We expect to have losing weeks and/or losing months. If we didn’t, then that would be a worry, because we would be waiting for that correction and when it came it would hit hard. After all, we know that over the long term things tend to average themselves out, and that gives us a sense of balance. After each good run there will be a poor spell, and after a poor spell there will be a good spell to put us back on an even keel. Professional Traders can deal with the cyclic nature of what we do, but what about people who join a membership site, do they understand the mechanics of Trading? Are they prepared for what might hit them in the coming months?

Becoming a member of a Tipping Site is exciting. More often than not you expect to be on the winning side, but are quickly turned off if after a week you find yourself on the losing side. How long will members stay with a site if they are losing? One day, one week, one month, one year? It definitely would not be one year. Yet when you look at it logically, the variances that affect Sports Trading will last more than one day, one weeek, one month, they will not right themselves within this time span, but that is exactly the time span when new members are thinking, should I stay or should I go? The vast majority would decide to go within that one month period, if they are on the losing side with their Profit/Loss account.

The Bundesliga 1 in Germany has been the most consistent Football Trading League in the World over the last 10 years, I know because it has been my League of choice during the last 10 years. Yet this season it has been one of the poorest performing Leagues. The number of goals have been greatly reduced, currently they are 10.76% below what they were last season, 9% lower than their long term average, and we are are already 4 months into the season, halfway through in fact. So certainly one month is not long enough to rid yourself of a variance. Hopefully by the end of the season it may right itself but there is no guarantee of that.

So, ok, one day, one week, one month is not long enough to test a Tipping Site out, because of the variances involved. The chances of anyone sticking it out for a year if it is losing are negligible, but that is the precise length of time that you do need to test out any site/system/strategy, anything less than that and you cannot be certain what part variances have played. Even after a year you cannot be certain, but at least you will be basing your decision on a firmer footing than you would if you quit after 1 day/1 week/1 month.

People will join a site in the hope of quick, easy money. When it doesn’t happen in a week quite a lot of them will move onto the next site with that same hope. Don’t succumb to this. Hopping from one site to another is not the answer. So what is the answer? Research a site thoroughly before you join, don’t be sucked in by flashy websites and made up profit graphs, they will quickly let you down. Look for sites that have been around for a number of years, with good reputations and a solid performance. Before you join any site though the one thing you must do is—-LOOK AT YOURSELF.

However, if you have modest expectations of a return, can control your emotions when you win or lose, know that you are responsible for your own actions, are able to work within boundaries, then you have the opportunity to make steady progress if you have found the right site.

Remember, once you have joined a site it does not mean you have to throw everything at it to start with. Paper Trade/Bet for one month or even two months before you start with real money. This will give you a feel for the site, are they genuine, are the results working out, do they respond to messages quickly, this gives you the opportunity to assess the site without the added pressure of worrying about winners. If by the end of 2 months you are happy with the service as such, but the P/L account is negative then you can give them longer but you can still paper Trade/Bet. If you are unhappy with all aspects of the site then by all means leave it.

Variances happen all the time, and will affect your Mindset to such an extent that you will leave before it is sensible to do so. Make sure your expectations are not too high, even experienced Traders are happy with a 10% return per month, if you go into it expecting to double your Bank each month then do not waste your time, it will not happen. Think slow, think long—–and then you can’t go wrong!

share on: FacebookTwitter Google +
next article
How Important is Recent Form?

How Important is Recent Form?